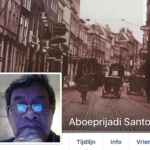 Dutch academicians just started a large-scale investigation on history. The Americans referred to their most traumatic colonial war as ‘Vietnam War,’ the French talk about their ‘Algerian War.’ The strange thing about the Netherlands is that they don’t call their colonial war – which ended in a huge political defeat – the ‘Indonesian War’ but that they remember it as the ‘politionele acties.’ While this war was in fact a military aggression including the occupation of Indonesia after the proclamation of independence on 17 August 1945.

The Dutch term says everything about the narrative. The idea behind it is that the Netherlands after WWII assumed that they could continue the colonial rule, which was broken by the Japanese occupation. That is why the Dutch were determined to restore ‘law and order’ using violence. While the reality behind this narrative was in fact a new, independent country that was willing to defend its freedom through a bloody guerrilla war. Thus ‘politionele actie’ is a hypocrite term to deny a popular, nationalistic peoples movement.

Seventy-two years after the Indonesian independence war the term ‘politionele actie’ is still part of the Dutch DNA. Intertwined with the general political opinion, the media and the public. Now Dutch academicians, specifically historians, want to judge this period one more time. However, to what extent will these new attempts lead to the decolonization of the Dutch historiography on the Indonesian decolonization process?

The event was held at Pakhuis de Zwijger, Amsterdam and besides academicians, there were also relatives of veterans who fought in the colonial war and other people who were interested. The trigger [for the research] was the publication of the Dutch-Swiss historian Rémy Limpach, who with his study proved that the use of extreme violence was structural. After that the Dutch government decided (after an initial refusal in 2012) to fund large-scale investigation with 4,1 million Euro.

In other words, the Netherlands, at least the government, is prepared to reformulate the perspective on the role of the Dutch in the Indonesian Independence war. But to what extent are they prepared? Is seven decades after it happened, not a bit too late? The Dutch official statement that “the Dutch Army as a whole had behaved correctly during the Indonesian Independence war,” (Excessennota 1969) has never been changed. This new project is not a government project. The question is whether it will be a decolonization of the colonial history? Or will it rather be a ‘mea culpa-project’ (guild and excuses) through changing the old Dutch perspective. Or is the reason behind to halt the frequently asked question for excuses and compensations for [Indonesian] war victims? Or is it about drawing final conclusions about the role of the veterans who were previously so influential, of which the number and political power are declining.

Besides that, there are critics who wonder: what about the experiences and perspectives of those who lived in Indonesia during the colonial time, why are critics of Dutch war crimes being excluded? Will the attempt to decolonize the colonial history writing, be a sort of neo-colonialism concerning the Dutch war history in Indonesia?

The Dutch research team is going to cooperate with two Indonesian academicians, however the exact role of these two historians (when it comes to perspective and workload) is still unclear. Both of them were absent, while another [Indonesian] historian chose to be present only from the sideline. 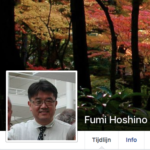 Are Indonesian researchers really “Equal Partners” or for an Alibi?

With interest in the history and expectation for peace I attended this event. But I am not sure any more.

They say that this new search is “collaboration and exchange” with Indonesian researchers. Surely it is about the history of Holland and Indonesia, but I heard only from Dutch speakers and only about Dutch perspectives. It was like watching “Oranje Huis” at the Olympic games. “It takes two to tango.” If the partner is not there, it becomes a one-man show. I wonder if they invited Indonesian speakers to attend the event, or if Indonesians declined the invitation.

I also wonder why they limit the research to the period of 1945-50, but not the whole colony. Hypothetically if Japanese reserchers ask Korean colleagues to discuss only about the Second World War after Pearl Harbour, I wonder if Koreans would be happy to join. I can imagine that Koreans would take it seriously only if they discuss about the whole colonial history between Japan and Korea.

Then I must wonder if, for these Dutch historic institutes, Indonesian researchers are really “Equal Partners” or more like a kind of Alibi?
— 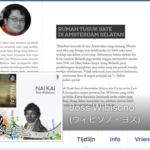 Should Indonesians join the research of the Belanda’s (Dutch)?

The Dutch government finally starts a large-scale investigation on the decolonization war (or: Indonesian independence War) which lasted from 1945-1949. This war led to a lot of bloodshed and, as several scientific studies proved, the Dutch violence was structural. While The Hague previously talked about ‘excessen.’

The research institutions (such as KITLV and NIOD) received a considerable amount of subsidy and they are eager to work together with Indonesian researchers. The question is whether we should cooperate or not. Because what do we gain from an investigation that primarily serves Dutch interests? Is it also meant to heal the old wounds? We should not be like servants, presenting historical evidence when they order it, opening our archives only in their interests. It is maybe better when the Dutch conduct this research in total separation from us.

Even for the openings ceremony on 14 September, the Dutch did not manage to find Indonesians willing to cooperate. Please don’t trust them and keep in mind that also Dutch critics refused to join this research. Dutch author Lizzy van Leeuwen for example, criticized this project from the beginning. Bonnie Triyana and me signed up already but only as observers. Because no matter what, we will write about this at length! Right Bonnie?