Understanding the Facts: the Dutch-Indonesian Conflict of 1945-49 was not Black-and-White!

There is still a lot unknown about the Dutch-Indonesian conflict of 1945-1949. For Dutch people this period is usually referred to as the Decolonization war while for Indonesians it is known as Indonesia’s independence’s war.

When we check the [Indonesian] schoolbooks – from elementary school up to university – the history curriculum is very ‘black-and-white’ when it comes to the numerous historical events that define the relation between the two nations. In this black-and-white frame the Dutch represent the evil side, the wrong side, while the Indonesians are depicted as holy warriors. However it turns out that Indonesia’s shared history with the country of tulips is not as black-and-white as we always thought it was.

Unfortunately, the young generation of Indonesians is only familiar with the framework in which the Dutch are the colonizers. Exactly this paradigm is the topic of discussion at a meeting on Saturday April 15, 2017, called: ‘The Dutch-Indonesian conflict (1945-1949) in the eyes of the current generation’ held at the Museum of Proclamation in Menteng, Central Jakarta.

“History is not black-and-white. Not all the Dutch were evil. The Indonesian side is not always right. Yet the mind-set of the young generation of today is marked by this paradigm,” says Hendi Jo, one of the speakers of the discussion.

“It turns out that from the Dutch troops of 1945-1946 (volunteers and conscripts), 4.000 refused to go to Indonesia. They probably understood where this was about and that they had to fight against people who were already free,” he added.

Hendi Jo furthermore said that the Dutch soldiers that did go were in fact victims of the Dutch politics. After World War II the government of the Netherlands was obsessed by capitalism when they aimed to restore the Indonesian colony after they lost it to Japan in 1942. “From the Dutch soldiers who were sent to Indonesia, some of them deserted, for example Poncke Princen. He had the guts to kill his own people after he joined the TNI,” Hendi explained.

“The Dutch people that were sent here are not very different from us Indonesian. They have a heart and conscience and a human side as well. They became victims of the Dutch politics,” Hendi continued. The fact that there are indeed Dutch soldiers who used violence against civilians has always been ignored by the Dutch government. Actions such as in South Sulawesi, Bekasi, Padang, Rengat, and of course Rawagede.

“Indeed these things have [long] been denied, the Netherlands is a country in denial. About what [some Dutch soldiers did] in Indonesia during the ‘politionele acties’ Dutch people still believe that it was not too bad,” explained journalist and history researcher Marjolein van Pagee, who was also a speaker in the discussion. 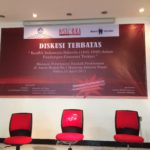 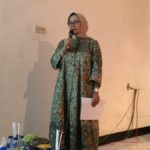 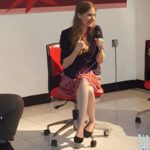 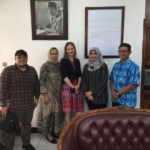 “The history of colonialism is only a footnote in the Netherlands while I personally believe that it is actually the fundament, a building block of the country. That [aspect] is still generally ignored,” she stated.

However, we should not forget that some of the Indonesian freedom fighters, from the ‘laskars’ (paramilitary units) and TKR (which later became TNI), also committed violent acts. In the history books the period between late 1945 and early 1946 is referred to as the ‘Bersiap Period’. A period in which Dutch (Indo) people – and those who were accused of being a spy or who previously worked for the Dutch Indies government – in many places were hunted and slaughtered.

For example in Sidoarjo, East Java, the situation turned into a hell for many Dutch (Indo) people. One of the Bersiap victims in Sidoarjo is Wieteke van Dort’s father. Wieteke is the singer who is known for the song: “Geef Mij Maar Nasi Goreng”.

“We have to be ready to accept everything that happened in our history. Of course in times of war it is a normal thing when soldiers are killing each other, but there is a difference when the victims are civilians,” Hendi Jo added.

“About the period of 1945-1949 we have to admit that not only the Dutch used extreme violence and committed war crimes. We both have to recognize and stay away from political issues so that we can honestly understand that the history between Indonesia and the Netherlands is not black-and-white as we always thought it was,” Hendi Jo concluded.
— 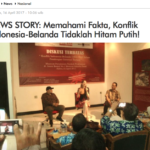 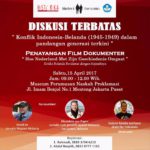