Report of village secretary was not yet known
April 4, 2015

Dutch marines took revenge on 24th of July, 1949 on approximately sixty Javanese civilians, fifty houses were put on fire. This is recorded in notes of a village secretary and confirmed in testimonies from villagers, traced by the Dutch photographer Marjolein van Pagee.

So far this incident has not been described in studies of the Dutch military actions against Indonesian fighters who fought for independence in those years. Known here is that a day earlier, on July 23, 1949, four Marines and a Chinese spy died.

A patrol, led by Marine Leen Teeken, left quite unprepared and only lightly armed with ten Marines and a Chinese. Near the village Prambon Wetan in East Java they were ambushed by Indonesian soldiers. Six Dutch Marines were taken as prisoners and captured for two months.

During a recent visit by photographer Marjolein van Pagee to the village Prambon Wetan she found documentation of the village secretary. It is in fact a detailed report of the Dutch military actions during the war of independence. He compiled a list of Indonesian victims and draw sketches of the places where the fighting took place.
It is not known who ordered or under whose command the retaliation took place on July 1949.
… 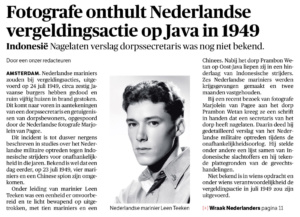 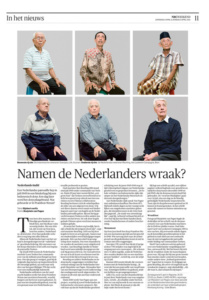 Did the Dutch take revenge?

In July 1949 a Dutch patrol ran into an ambush near an Indonesian village. A day later, the houses of the village were set on fire. What happened in Prambon Wetan?

Twice three men. A bloody history links them together with more than seventy deaths. The three who are living in East Java, don’t know the other Dutch three men. Not everything is yet discovered about their shared past.

Only the Dutch side of the story has entered our ‘patriotic’ historiography. For Dutch veterans of the Marine Corps this event is known as: the patrol Teeken.

On July 22, 1949 the Dutch Marine Leen Teeken takes over command of the military post Rengel in East Java. The very next day he immediately ordered an inspection patrol  to establish his authority in this area. In the search for fighters of the guerrilla army ‘TNI’ who fought for an independent Indonesia.

Earlier, Dutch soldiers of the Land Army bombed the village of Prambon Wetan with mortars, which killed several civilians. In June, the village chief was slain when he tried to throw a grenade to a Dutch patrol.

End of July 1949, former Marine Ben Reurling (88) was under command of Teeken. More than 65 years later, he calls it “a big mistake” that Teeken left unprepared and lightly armed with only ten Marines and one Chinese collaborator. Reurling remembers the ominous silence of the deserted village. Almost immediately the Dutch patrol received a barrage of bullets fired from an ambush. In a fierce battle Teeken and three other Marines got killed. The Chinese spy who also got killed by the bullets was cut to pieces with knives afterwards.

“I blame Teeken for this; it is his fault that those guys are dead,” says former Marine Reurling. He himself was hit by bullets in the chest and arm. Along with six fellow fighters, he was taken as a prisoner. One of them died in captivity from malaria. Two months later, the Marines were freed again. Reurlings family in the Netherlands received the news that he was killed. His obituary was already published in the newspaper when they heard that he was actually still alive. 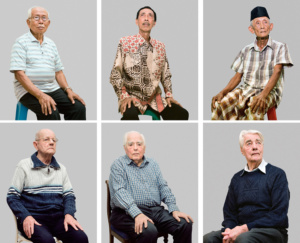 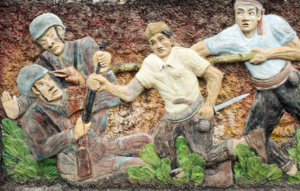 Reurling and other Dutch and Indonesian eyewitnesses told their story recently to Dutch photographer Marjolein van Pagee. She portrayed them and a radio report will be broadcast Sunday night. The quotes in this article are from her research.

Since 2010 Van Pagee is working on a project in which she interviews both Dutch and Indonesian veterans. She noticed that the Dutch historiography of the years 1945-1949 is almost entirely based on Dutch spoken and written sources. “The local stories of Indonesian side are barely integrated to the Dutch historical research.”

On the Dutch side Van Pagee spoke with ambulance-driver Dies Bom (87). A few days after the firefight he had to take the corpses of the dead Marines who were thrown into the river by the villagers. “The smell was unbearable,” he says. Looking back he cannot believe that he took the bodies with his bare hands, without gloves or other protection.

East Java, the village Prambon Wetan dedicated a monument to the tragedy of 1949. Asking around about the background of this memorial, soon three eyewitnesses were found.

As a 12-year-old Soecipto (78) was taught by TNI-combatants how to use a weapon. “We shot all together at once, so that the Dutch would think we had a machine gun,” he says about the confrontation of 23 July. Kusnan (80) provides details that match the Dutch reading: “I know it was a patrol of twelve men. Some we have slain, others we captured. ”Lilik (72), the son of the village chief who was killed in June by Dutch fire, says: “I hid myself under the bed when I heard a huge explosion. It turned out to be the grenade that killed my father. ”

He puts a document on the table; a fifteen-page logbook about the violence in and around the village between December 1948 and July 1949. It is written by the village secretary of that time. The ‘darkest’ page tells about July 24. One day after the bloody confrontation with the Dutch patrol, 64 villagers got slain and 56 houses were set on fire. The script listed all names of people that were killed and houses that were damaged. 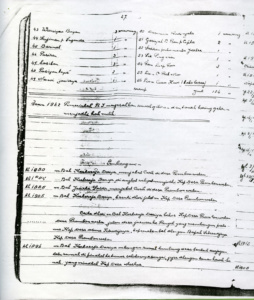 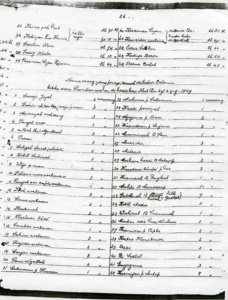 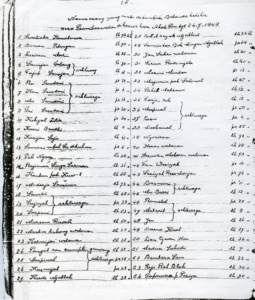 Photographer Marjolein van Pagee showed the name list to Dutch Marines who were on the spot in 1949. Former lieutenant Carel van Lookeren Campgne (89) is one of them. He arrived a few days after the violent confrontation and took part in the search operation to find the men of commander Teeken.

Did van Lookeren ever hear about a Dutch retaliation? He replies that he never heard about that. However, he does recall that the vindictiveness among his men was strong. He says that it was very difficult to keep their emotions under control. He tried so by loudly swearing “God dammit.” Ex-prisoner Reurling his first reaction is disbelief when he hears about the revenge. Finally he says, “If this is true, I feel so ashamed.”