Tuban, East Java, September 2010. “Hey Belanda, did you come to occupy us again?” Says one of the Javanese peasants jokingly when I stepped out of the car. Everybody laughed. Because of the language barrier – I did not speak Indonesian yet – I did not understand the joke right away. The accompanying fellow photographer translated for me. It is an event that I will never forget. This was apparently the first thought that came to this peasant’s mind when seeing white people: Dutch (Hollander), Belanda, synonym for occupier. It was my first encounter with a different perspective.

I was twenty-three years old when I set foot in East-Java for the first time, in the area where my grandfather in 1947 was active as a Marine. One year earlier, in 2009, as a newly graduated photographer, I started a personal search to the experiences of my grandfather Jan van Pagee. I found two old photo albums that made me realize that I almost knew nothing about the so-called ‘police actions’ (called ‘aggressions’ in Indonesia) in which he had participated. He never really talked about this period. At that time I could not foresee that my project ‘Kembang Kuning’ would become what it is today. By now I portrayed more than fifty Dutch and Indonesian witnesses. It was a race against the clock that has not ended yet. 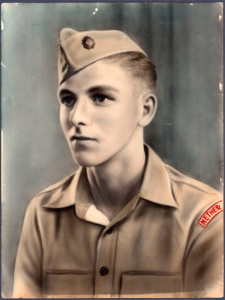 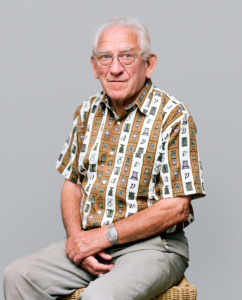 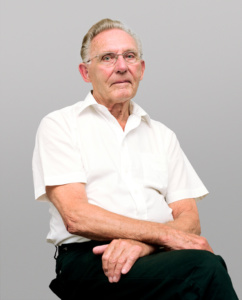 In the Netherlands, prior to my first trip, I interviewed six former Marines who had served in the same battalion as my grandfather. One of them is Mr. Drok (1926) in Groningen, for him the experience in ‘Indië’ was the time of his life. He was the driver of the ‘lintworm’ a military bus service that was set up by the Marines in Surabaya. He did not have to join patrols and therefore never killed opponents. He spent his entire service within the area of the city that was occupied by the Dutch army. The close friendships with his fellow Marines, the jokes they made and the crazy things they did: he will never forget that.

Veteran Bram Bruin (1926) from Ridderkerk has a totally different story. He is critical to the Dutch propaganda that sent him to Indonesia as a young man of only twenty years old. The colony was described to him as a land of milk and honey that was ruined by the Japanese, and where, after the Japanese capitulation, murderous gangs were looting, terrorizing the local population. It was his patriotic duty, as Bruin believed then, to restore peace and order in the Dutch East Indies. That it was actually more about protecting the Dutch financial interests and that his main task was to secure plantations and sugar factories, he only realized later. What he physically remembers is the terrifying fear. There were terrible stories about what Indonesian ‘pemudas’ would do against Dutch soldiers once they caught them.

Mr. Soegito (1926) was such a pemuda (literally youngster). The British bombing of Surabaya in November 1945, by which thousands of people got killed, had an enormous impact. After the Indonesian resistance was expelled from Surabaya in 1946, Soegito did not see his family for years. In the struggle against the Dutch he especially remembers the inequality in armaments. He and his comrades had no choice then to engage in guerrilla warfare. They tried to resist the Dutch by destroying bridges and blocking roads. They lived very primitive and regularly slept in the open air. In addition, they received support from the locals, who sometimes gave them shelter and provided food and drinks.

In December 1948, during the second police action (second aggression in Indonesia), the Dutch marines were ordered to purge the area west of Surabaya of ‘insurgents’. I travel to the beach where my grandfather landed in that time. In the fishing village Glondong I meet elderly Saeran (1919), who still remembers the landing. While shooting blindly the Marines came ashore in the night of December 18. At that time Saeran was guarding the beach and got hit by a bullet in his head. In panic he ran to his house to hide under the bed where the Marines later found him. They took care of his wound. The scar on his forehead is still visible.

Not far from Glondong I meet Mr. Ngalimoen (1926). At the time of the landing he was in Babat, a town a few kilometers inland. He had joined the TNI (Indonesian National Army) but until then never experienced a firefight. He says that he was terrified. When Ngalimoen and his fellow fighters finally attacked a Marine post in the month after the landing, their action failed. Demotivated they retreated and took shelter in the jungle.

So many witnesses, so many stories. 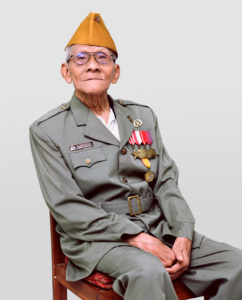 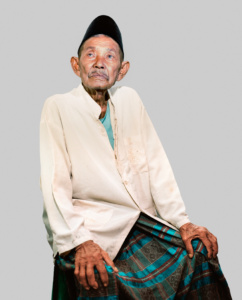 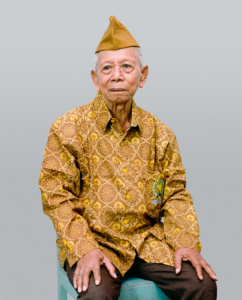 My first intention to travel to Indonesia was to look for the places my grandfather had visited, and where his former colleagues told me about. But I was not prepared for the totally different picture that his former ‘opponents’ described.

It is something universal in times of war. The unknown opponent easily turns into a caricature. In this case: a cruel, ruthless pemuda who fearlessly commits the most gruesome murders against Dutch. The irony is that Indonesians equally remember the Dutch soldiers as cruel, ruthless killers. During an armed conflict this has a function. Because the more human the enemy is seen, the harder it is for our human conscience to kill. But the stories taught me that stereotypes do not match the reality. On both sides there was fear and sadness.

In processing the past it is understandable that we first commemorate our own suffering. For reconciliation, however, it is important that all stories are being told. Only by paying more attention to the perspective of the other, understanding will grow; every war causes suffering on both sides. I believe that my generation, nearly seventy years later, has the opportunity to build a bridge and turn the traumas of the past into more understanding between Dutch and Indonesians. Yes, Indonesia and the Netherlands are far away, there is a language barrier and there are cultural differences. Yet, modern technologies offer endless possibilities to finally come closer together.

Marjolein van Pagee (1987) is a publicist and documentary photographer and is currently following a master colonial and world history at Leiden University. She regularly travels to Indonesia and has lived in Surabaya for half a year. Since 2010 she is working on photo- and interview project ‘Kembang Kuning – Yellow Flower’, for which she interviewed both Dutch and Indonesian witnesses. She regularly publishes about her findings and exhibited in the Netherlands as well as in Indonesia. 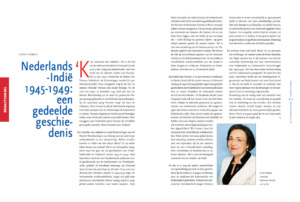 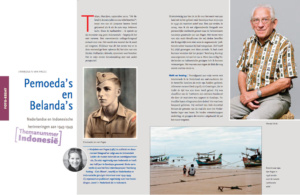 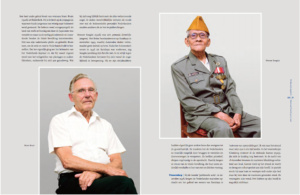 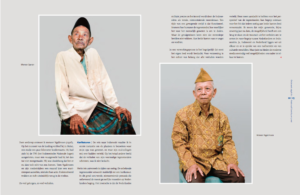