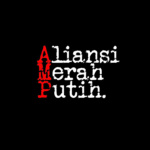 We are Aliansi Merah Putih, daughters and sons of Divisi Bambu Runcing, freedom fighters of Indonesian descent. Direct descendants of “inlanders” (slur for indigenous Indonesians) oppressed by the Dutch for more than 350 years. Aliansi Merah Putih is a new grassroots organization, risen up to get justice for the crimes committed during the illegal Dutch occupation of Indonesia.

After the independence of Indonesia, Dutch Indies people brought their glorification of colonialism to the Netherlands. They refer to “Tempo Dulu” with colonial spelling to paint a time of illegal occupation and oppression as the “good old days.” Falsification of history is carried out not only on an individual level, but also at the institutional level. The telling of history in the Netherlands leaves the impression that a lot is shoved under the rug. 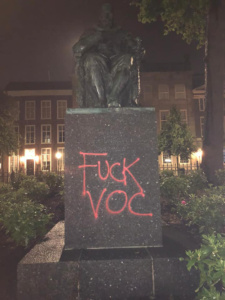 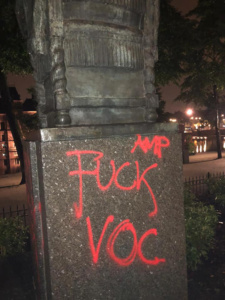 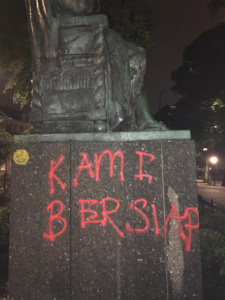 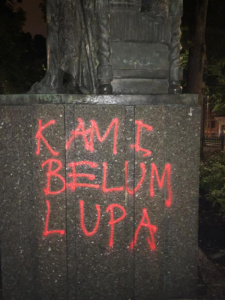 Partly because of this selective education, the overwhelming majority of the population remains proud of its colonial past with people still aspiring to the greatness of the Netherlands in the ‘golden age’.

The prosperity of the Netherlands is drenched with the blood of our ancestors, and those responsible for genocide are still worshiped with statues to this day.

We have not forgotten! [In Indonesian language “Kami Belum Lupa”.]

260 million people have not forgotten!

Our network extends from The Hague to Surabaya, from Leiden to Banda Aceh and from Amsterdam to Jakarta.

The Indonesian population within the Dutch borders has been silent for too long.

No country should pay their oppressor for their freedom. The Netherlands must repay Indonesia’s compensation plus a to be determined amount for all murders, exploitation and looting committed during 350 years of oppression.

We demand that the term “police actions” be changed to “Indonesian Revolution”, recognition of 08/17/1945 as the official date of independence, and that statues of pirates and VOC founders end up in museums with the correct information.

We will match all your beloved statues with the color of the soil during the Banda murders.

As long as the Golden Coach shows its face with paintings of African and Javanese slaves offering favors to a white queen, we will attack royal assets.

The Royal Palace of Amsterdam has the same imagery and will not be safe either, just like the looted art exhibited in Dutch museums.

Your dikes will flood with the blood spilled in the colonies.

Despair!
We are ready! [In Indonesian language “Kami Bersiap”.]
—

[Cultural note: “Dispereert niet!”, do not despair, was the motto of Jan Pieterszoon Coen, governor-general of the Dutch East Indies who committed genocide on the Banda islands and who is honored with a statue in Hoorn, Netherlands.]