The Journey of Beloning – a herstory between time and space

In the collection The Journey of Belonging, Indonesian writer and visual artist Lala Bohang and Indo-Dutch writer and historian Lara Nuberg explore what binds them together. Are their lives connected by 350 years of Dutch presence in the Indonesian archipelago? Or has colonial history hardly left its mark on the lives of these two young women? 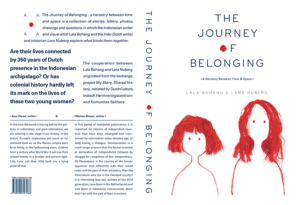 “Suharto was the second president of Indonesia and he was sitting as the highest authority from 1967-1998, for three decades! In that era, we were not allowed to say bad things about him or even to question his decisions and policies. I still remember that one day when I was in junior high school, I was waiting for my father to pick me up from school. I was sitting with my friends exchanging our illustrated paper folder collection, which was a thing back then. We were casually talking about Suharto; I don’t clearly remember the topic but it was a bit of criticism. After a while, my friend suddenly stopped talking, look scared and said to me: “We can’t talk about him. It’s forbidden. We can’t even say his name unless we praise him.” And I said: “But nobody’s here.” She replied “Well, the walls have ears.”

I think the silence in my family, or probably of Indonesians in general, comes from two oppressed periods: the colonial and Suharto’s era. It’s not a light process to break the silence when it was forbidden to be outspoken or even questioning. It’s not easy to build, have and express a personal opinion after the opinion itself was oppressed for so many decades.

The fact that my grandmother’s sister was kidnapped and went missing in the 1950s and nobody in the family had talked about it or even mentioned it, amazed me when I first heard of it. Now that I think deeper about my own perception of history, I think I understand it better. Being raised in silence, also means being raised in not asking questions. Also, receiving history lessons in school by the New Order era as a simplified timeline and me looking at it as a tool to implement fear, meant that I never had the intention to know more about the past.”

“I suddenly realised I forgot to answer one of your questions in my previous letter. You asked me what I would have done if I were standing in my grandparents shoes in Medan 1947. I think that is a difficult question to answer, since it means I have to judge their decisions and that is something I can’t do. I believe our personal history leads to certain choices, so if I was them in that period of time, I guess I would have done exactly the same. The only thing I can ask myself, in 2019, is: “How do I want to perceive my family history?” My choice is not only to research and understand my grandparents’ experiences but also to understand the historical context. Why did their personal history lead to certain choices? What effect did national/governmental decisions have on their choices? I try to understand the choices my family made and to question myself as to what that means for me, in the present and in the future.You know Lala, I am not a white person. I live in the Netherlands and people often ask me where I am from. How can I answer this question if I don’t know the answer myself? Being a colonial product, as you and I are, means there is so much history within your DNA that you yourself are not aware of. The indigninous traditions and knowledge of my ancestors from Indonesia are erased and forgotten by the ancestors of the same people that now ask me where I am from. That hurts.I hope this answer makes you understand why it is so important to me to know my family history. In the end it is a search of belonging and of understanding my position within the history of humankind.” 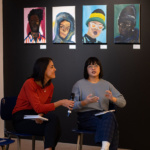 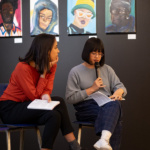 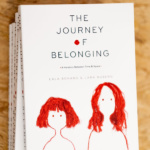 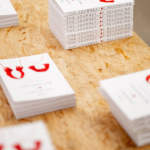 An Indonesian version is on its way, we will keep you posted about that!
—