How the research programme “Decolonisation, Violence and War in Indonesia 1945-1950” seems to neglect 350 years of colonial history

On Thursday 13th September I went to the second presentation of the research programme:  “Decolonisation, Violence and War in Indonesia 1945 – 1950”. Within this programme a research team of NIOD (Netherlands Institute, Institute for War, Holocaust and Genocide Studies ) and KITLV (Royal Netherlands Institute of Southeast Asian and Caribbean Studies) will research the start, the events of and consequences of the five years following the Japanese occupation in Indonesia. The goal of the evening was to emphasize the importance of multiple perspectives, personal stories and the use of certain words, terms and concepts within this four year long research programme, that focuses on the military presence of the Dutch in Indonesia between 1945-1950. 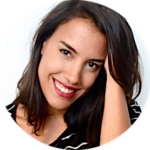 Four years ago, I wrote my master thesis at NIOD, so I have fairly good faith in the researchers affiliated with this institute. Yet, this research programme makes me feel uncomfortable; a feeling that I also experienced during the presentation of 13th September.

Why? Because I find it incomprehensible that we, anno 2018, still need to discuss what terminology we use while talking about 1945-1950. “Decolonisation”?  “Re-colonisation”?  “Occupation”?  Or even  “Re-occupation”?

When you look at the facts, it seems clear to me: The Netherlands was a colonial power that enriched themselves for 350 years, with profits from Indonesia and was defeated in 1942 by Japan. With this, the Dutch lost their dominance over this part of the world; something that they tried to win back with violence after the capitulation of Japan on 15thAugust 1945. This placed the Dutch once again against the Indonesian population; a tradition that went back to all the other colonial wars the Dutch fought during their presence in the Indonesian archipelago. This is something that people in The Netherlands often tend to forget – the declaration of independence by Sukarno in August 1945 was not at all the first act of resistance against Dutch domination. Indonesian people stood up against colonial power from the first moment the Dutch entered their territory. Think about the resistance of the Bandanese in the early years of 1600s against the Dutch demand regarding the monopoly on nutmeg and mace; or the revolt on Ambon led by Pattimura in 1816; or the war on Lombok in 1894 where the sovereign of Lombok refused to submit to the Dutch; or the resistance against the Dutch in Atjeh (1873-1914) led by Teuku Umar. The only difference between these uprisings and the Declaration of Independence in 1945 was that Indonesia, united as a new country, wanted to resist the Dutch together. It was time to replace the colonial regime that degenerated the native people of Indonesia for 350 years to third-rate citizens in their own homeland. Also, the outcome of this act of resistance was different -The Dutch did not win.

However, the research programme “Decolonisation, Violence and war in Indonesia 1945-1950”, has not received finance by the Dutch government to cover this wider framework. Instead, these five years are seen as a single, self-contained period that did not result from 350 years of oppression and injustice. This bothers me because it confirms the idea and image that I, as an Indo-Dutch woman, grew up with, namely, the idea that Indonesia once was a peaceful piece of The Netherlands and that the Indonesian people all of a sudden in 1945 wanted the Dutch to leave, with the use of brutal violence, if necessary. When framing history in this way, a military intervention by the Dutch seems legitimised. However, when you expand the view, it does not make any sense.

When you recount history this way: “The Dutch used Indonesian territory and Indonesian people for 350 years, often with brutal force and that was a situation the Indonesians didn’t want to go back to in 1945”, then the starting point for this research project would be completely different. We would then finally acknowledge that colonialism is something unjust and wrong – despite the good and friendly connections that without a doubt existed on individual grounds. It would be a starting point to scrutinize our national history in a new, critical way. Besides that, it would place Indonesian violence, used in 1945-1950 in a different light. It will make us understand that this period was the last violent colonial war The Dutch fought against people that wanted to be free and was once again, an attempt to occupy territory that they were not entitled to.

Perhaps my uncomfortable feelings about this research programme are wrong and my bitter assumptions are too hasty. The researchers are, after all, still in the middle of their studies and it might be possible that they succeed in placing the period of 1945-1950 in a broader perspective within the 350 years of colonialism. If so, I wonder in what way the Netherlands will decide upon consequences aimed at the findings of the project. For me, it’s not only about the official recognition of the Indonesian independence on 17thAugust 1945 or the contingent refund of the reparations the Indonesian government paid the Netherlands until 2003 but it’s also about apologizing to the Dutch-Indonesian community, who lost their chance for a peaceful and normal life in Indonesia due to being forced to leave the country because of the hostile Dutch answer towards the declaration of independence. The most important thing for me would be to at least re-evaluate our collective memory of colonialism. We should be brave enough, as a country, to condemn this past and teach our children that our wealth is based on a dark history. In this way, we show our children that colonialism isn’t something that you should only ‘see through the eyes of a certain era’ but is actually a structure that still influences the difference in economical wealth between The Netherlands, Indonesia and other parts of the world.

The researchers need three more years to finish their studies and present their conclusions. I really hope that their results will trigger Dutch society to change the collective memory on colonialism. It would make our country and the way we place ourselves within this world, a lot healthier.
— 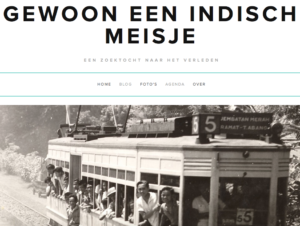