E-mail from Anne-Lot Hoek to the editors of One World
CC: Fitria Jelyta
26 February 2022

Due to privacy reasons, we cannot share the content of the e-mail that Anne-Lot Hoek sent to the editors of One World. In summary Anne-Lot complained about the article Wat kan Indonesië juridisch met Ruttes ‘diepe excuses’? (What Legal Steps Can Indonesia Take with Rutte’s ‘Sincere Apologies’?) which was written by Fitria Jelyta, journalist and chair of Histori Bersama. According to Hoek, Jelyta’s piece contained false information as she wrote that ‘the researchers’ in general avoided the term ‘war crimes’. She claimed that therefore, it was incorrect of Jelyta to write that all researchers refused the terminology. Hoek says that she participated in the research project while using ‘war crimes’ in her book De strijd om Bali (The struggle for Bali.)

Besides that, Hoek also complains about an earlier Instagram post that was written by Jelyta, of which the text was published on the website of Histori Bersama. According to her Fitria called her ‘colonial’ and ‘bitch’, which shocked her.

Hoek further refers to the broadcast of Dutch national Radio 1 (OVT) in which she allegedly criticized project leader Frank van Vree for avoiding the word ‘war crimes’. According to Hoek the article by Jelyta is incomplete as she should have mentioned the radio broadcast and Hoeks contribution to the discussion.
— 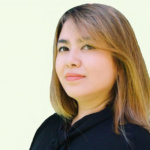 I will challenge your accusation, because this piece is not about you, but about what most researchers have done in this investigation. You only wrote one chapter, right? Why is this development suddenly important? I spoke to [NIOD-director] Van Vree and therefore listened to both sides of the argument. What you personally think is irrelevant for the focus of this article and the assignment that One World gave me, because, despite your objections, the researchers NEVERTHELESS wrote that they deliberately stayed away from legal terms such as war crimes as they believe it would only lead to complicated historical-legal debates.

Anne-Lot Hoek replies to Fitria Jelyta arguing that it was slander to write that her book on Bali was part of the project, and received additional funding. Anne-Lot says that she brought this under the attention of the NVJ (Dutch organization for journalists) and that they ruled in her favor. Allegedly the NVJ is also of the opinion that Histori Bersama is deliberately harming her image via social media. She repeats that Jelyta should have referred to her contribution to the discussion on OVT radio. She also complains about the fact that Jelyta added several persons in CC, which she finds intimidating, just like the ‘swear words’ that Jelyta used on Instagram before.
—

The developments in OVT were mentioned in the article. Because Frank van Vree now realizes that “extreme violence including war crimes” should have been made explicit in the research, I wrote that down.

Of course, I did not write what all researchers individually think of the term “war crimes”, because that was not the scope of the article.

So you find it intimidating that I also added Marjolein [van Pagee] and Jeffry [Pondaag] in our e-mails? In your message you do mention Marjolein, and the others who are behind Histori Bersama.

Furthermore, I never called you “bitch”. “Bitch please” is English slang for “Come on please”. So if you’re going to be petty about that now, that says more about you than it does about me. With your current behavior you actually don’t prove me wrong if I would have called you like that. :p

Further, the editors of One World wrote in the introduction: “the researchers avoided”. Your entire point can be immediately discarded if we would change the introduction with “war crimes were deliberately avoided in this study”. Because that is actually correct. This is what I advise the editors to do, and to ignore your other complaints. So again, this is not about you. The fact that you now want to make it personal by intimidating me in this way and telling the editors about your problems with me, does not come across as very objective either. 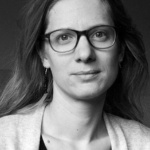 Anne-Lot, frankly, I find it unbelievable that after everything that has already happened and has been said, you continue to twist things again, as if this is all about you and your delicate white soul.

The way you shamelessly lecture Indonesians, in order to defend yourself, says a lot about your lack of awareness of racism. You already did this in your email exchange with Fitria [Jelyta] about the information on the website of Histori Bersama regarding your book presentation. Before that you also lectured Jeffry [Pondaag] about how he should see the Bersiap. In light of the whole history of colonialism, racism and exclusion, this is simply unacceptable.

Moreover, it is strange that you are now complaining as if you are the one who has been systematically excluded. While you are being praised by everyone [in the Netherlands], all the established media is following you, you get all the attention! And now you’re going to attack Fitria? An Indonesian who writes a good and critical piece? A piece that is not written by Dutch journalists??

Not you, but important decolonial Indonesian voices have been excluded. The movement of resistance [against the Dutch research project], started by them [Jeffry Pondaag and Francisca Patipilohy] has been ignored for four years. But apparently you don’t care about that.

Where were you in 2017 when we from Histori Bersama decided to publish the open letter that Jeffry [Pondaag] and Francisca [Pattipilohy] wrote? At that moment you had the choice to join as well, you could have signed the letter. You didn’t. And choices have consequences.

When I spoke to you around that time, you said that it felt very uncomfortable for you, as a participating researcher, you said that you felt personally attacked by the letter. Again it was about you and your feelings. Not about Jeffry [Pondaag] and Francisca [Pattipilohy]. You defended yourself by saying that of course you couldn’t speak out publicly, because you participated, you also said that you were really critical from the inside. What nonsense! Anyone can speak out at any time, become a whistleblower. Yet, it does have consequences. So it was your conscious choice not to speak out in public and keep your mouth shut.

Again, the way you are now hijacking the discussion about ‘war crimes’. What does it matter that you personally use the terminology in your book, that is not the point at all. The point is that researchers like you have been instructed from higher up not to use this word. This has everything to do with the legal battle from Jeffry [Pondaag]. Just like the Excessennota in 1969 was meant to deescalate, to whitewash history, the same can be said about this major research of today. This is Excessennota 2.0. The role of Jeffry Pondaag is the same as [Dutch veteran and whistleblower Joop] Hueting in 1969. (With the difference that Jeffry is also an Indonesian.)

And who are the ‘Fasseurs’[1] now? Who gives the government the opportunity to get away with all this? Right, as long as you don’t focus on the government and its problematic role, but instead focus on critical Indonesians, you are one of them.

I understand that your contract [as participating researcher in the project] was not renewed in 2019. I get the impression that this was not voluntary. Did they kick you out of it because you had trouble with the imposed restriction [to avoid ‘war crimes’], and made too much fuss about it? I wouldn’t be surprised. But if that is true, why didn’t you talk then? You could have undermined the entire research project with that! Then you could still have approached Jeffry [Pondaag] and Francisca [Pattipilohy] and said: “you are absolutely right, this research is wrong, I have found out myself, sorry I didn’t see this earlier.”

All right, I’ll leave it at that. Since the previous interactions with you didn’t lead to anything, as you blocked me on Facebook, I don’t expect much from this.

I think Fitria’s reactions are very strong and I agree with her. I also hope the One World editors don’t get carried away by your ‘how-do-I-make-this-about-me’ action.

[1] Cees Fasseur was the Dutch government employee who conducted the research in 1969.

What Legal Steps Can Indonesia Take with Rutte’s ‘Sincere Apologies’?