I was familiar with the term ‘decolonization’. I also knew about ‘postcolonial studies,’ which is a critical school or intellectual tradition that questions the colonial past. In the eighties postcolonial studies emerged in American and British universities predominantly developed by non-white academics who originated from formerly colonized countries. These were the voices of those coming from oppressed nations and their aim was to develop knowledge on the impact of European Imperialism worldwide through studying the (ex) colonized people’s perspective. The famous work of Edward Said, for instance, (a scholar raised in Cairo, with roots in Palestine) focused on decolonizing the knowledge about the Middle East. Gayatri Spivak is another scholar linked to Columbia university in the United States whose work focuses on her homeland India. In South America and the US, decolonial movements are fighting for the rights and life of indigenous groups. The voices of the oppressed (ex) colonized people are at the center of true decolonial movements and postcolonial studies. 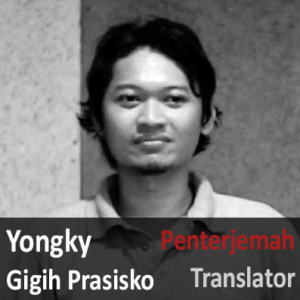 But then I saw the term ‘decolonization’ being used as the name of a research project in the Netherlands, funded by the Dutch government. Surprisingly, the project is initiated by primarily white Dutch academics, involving previously colonial institutions, such as the Netherlands Royal Institute of Linguistics Geography and Ethnology (KITLV) and the Netherlands Institute of Military History (NIMH). The latter is part of the Dutch Ministry of Defense. Because of this, the meaning of the term ‘decolonization’ is fundamentally different. It is losing its progressive meaning and spirit. In the project, which is named Independence, Decolonization, Violence and War in Indonesia, 1945-1950, the central question concerns “the dynamics of events surrounding the violence that occurred from the proclamation of the Republic on 17 August 1945 (the chaotic period from August 1945 to the beginning of 1946) until the end of the war in 1949”. In this way the term ‘decolonization’ is reduced to a military process that took place in the late 1940s. Thus, a limited historical period when Western colonizers, in this case the Netherlands, launched wars that finally resulted in the independence of countries that they occupied for so long. 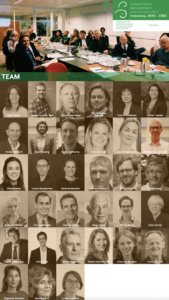 Furthermore, this research project exclusively focuses on violence during the independence war. Yet, Dutch researchers are not studying centuries of colonial atrocities that were committed long before Sukarno and Hatta proclaimed Indonesia’s independence in 1945. In their limited understanding of decolonization, it is all about the problems of the colonizers. Recently, critical voices questioning the colonial past have become louder in Europe. In the Netherlands the issue of Dutch war crimes endangers the country’s effort to build an image as the center of peace and justice. They are struggling with coming to terms after several cases of war crimes were put on the agenda. In fact the project was only financed after endless efforts of Jeffry Pondaag (chairperson of the K.U.K.B. foundation) who initiated successful court cases against the Dutch State. Cases that are still ongoing and that the Dutch government keeps rejecting. Thus, this investigation on decolonization is like the mother country’s response, if not defense, to an unwanted confrontation with the negative history of colonialism. Behind it, the Dutch government’s agenda of pushing away uncomfortable discussions on responsibility and colonial legacies.

The latter Eurocentric interpretation of ‘decolonization’ does not aim to decolonize the mind. It is not about critically examining the way West-European nations legitimized their centuries of world domination. They are only rewriting their national history by using their Western, if not colonial, perspective, often based on their own archives and books only. The term decolonization is being grabbed, invaded and occupied to support the Western agenda.

This ‘colonization’ of the term decolonization puts the West at the center again, producing knowledge that ex-colonized countries can consume. On their mission Western academics are send abroad to spread the message about what they think decolonization is, while they’re not decolonizing their own mindset.

It is common to see discussions, seminars or workshops being organized where Dutch academics appear as speakers or mentors, with Indonesians as audience. However, this practice goes one directional, only from the Netherlands to Indonesia. I never saw Indonesian academics or researchers training Dutch professors or academics on how to conduct research, especially regarding decolonization, let alone the decolonization of the mind.

Nusantara, now called Indonesia, has been colonized for hundreds of years. From the start that West-European colonizers came to Nusantara, the indigenous population had to resist the colonial lies and occupation. The people from Nusantara/Indonesia have been practicing decolonization for a long time until today. In that sense we are experts in decolonization. Then why these academics think they have to enlighten us? Why they seem to know more about Indonesia than Indonesian people?

True decolonization of the mind is never about facts only, it is about getting rid of the colonial mentality. The mindset that views the (ex) colonized people as incompetent, always in need of Western guidance.

The Dutch research project shows how the term decolonization is colonized by the Western agenda in order to maintain their domination. The project claims to be objective and independent while it is funded by government money. Moreover, the NIMH is part of the Ministry of Defense and advices the Dutch State that keeps rejecting Indonesian legal claims regarding Dutch war crimes. The researchers pretend that they work closely together with Indonesian historians and institutions, however, they only gave them a very insignificant role.

In conclusion, when decolonization becomes a project that a Western government supports, involving a lot of money to pay the salaries, it is elitism and exclusivism and misuses the term. For Indonesia, decolonization has been part of our daily life, we have been doing it every day, in all aspects of life, economics, education, technology and sociocultural. The Western domination is everywhere and we fight it every day. In its true sense the term decolonization puts the experience of the (ex) colonized and oppressed people in the center. For Indonesia, decolonization is not just an agenda to look for truth, it is much bigger than that. To be an independent country we have to turn away from the Western guidance and get back what the colonizers took from us. We must re-own the term decolonization again and start to enlighten the Dutch how to decolonize their mind.
—