The remote archipelago of Banda, which is not a commonly known place today, was the center of the first European clashes in Asia. Our modern, global economy initially started with the spice trade. Yet, it was based on human suffering. Tempted by abundant profits, the Europeans imposed a trade monopoly and established their domination by mass slaughter and forced labor. Photographer Muhammad Fadli and writer Fatris MF collaborated to tell the impact of colonialism and exploitation in the Banda Islands that remains until today.

The Banda Journal is a long-term documentary project about the Banda Islands, a tiny archipelago in eastern Indonesia that played an important role in establishing a global economy. The islands are both rich in resources and full of misery, as the archipelago hides the story of the first European genocide in Asia. Yet, the world forgot about it.

Five centuries ago, European sailors were searching for Banda and several other neighboring islands in the Maluku region. They wanted to find spices. At that time, Banda was the sole producer of the most valuable spice on earth: nutmeg. It was used for food flavoring as well as a food preservative and it was also believed to cure various diseases. Nutmeg was a highly prized commodity, more valuable than oil today. It may be difficult to believe that the Portuguese voyage around the Cape of Good Hope and Christopher Columbus’ accidental discovery of America all took place because they wanted to find the origin of spices in the Far East. Yet, it did happen.

The hunt for spices in the East did not only change the world, but also the life of the people in the Spice Islands itself. That is why Banda in particular is the scope of this documentary work. As a result of the European search for spices, the first multinational companies were established and subsequently founded the global economy too. The search for the origin of spices led to greed and trade monopolies. In Banda, in the name of nutmeg, all means necessary were used, including barbarity. After the monopoly was established, smugglers came to Banda. The nutmeg seeds were carried secretly to various corners of the world. In just a matter of years, the price of nutmeg plummeted. The spice was no longer a rare commodity anymore. After time passed by, Banda was forgotten.

The Banda Journal is a story about the impact of centuries of colonization. This is also the story of those who were forced to move, abandoned, and forgotten by the pace of times. This is a story about the exploitation of a small piece of land in Indonesia, about slavery, outrage, as well as resistance. Nevertheless, we are not merely tracing the past by using textual references and old books, but also with all awareness of the social conditions of the Banda people today. We repeatedly visited the Banda Islands, took pictures of the current living situation, we conducted interviews, lived among the community (we even taught at schools), and were confined in isolation. Of course, it is not easy to convey a coherent message about the logic and relevance of what happened five centuries ago. In an archipelago that is now forgotten by the world, we look for stories and record images that contain fragments of the past, which are related to the present. Banda is a valuable lesson about struggle, greed and pain. This is a story of an archipelago that changed the world, about its past and about today.
— 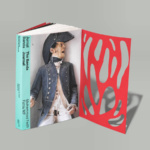 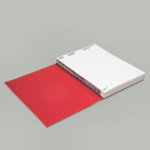 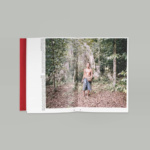 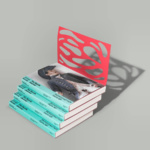 From Indonesia the book can be ordered via Tokopedia, information on how to get the book outside Indonesia will follow soon.