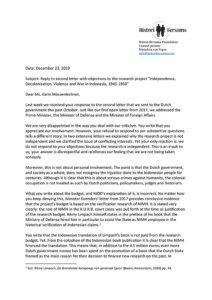 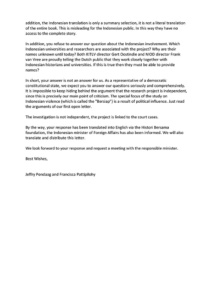 Subject: Reply to second letter with objections to the research project “Independence, Decolonization, Violence and War in Indonesia, 1945-1950”

Last week we received your response to the second letter that we sent to the Dutch government this past October. Just like our first open letter from 2017, we addressed the Prime Minister, the Minister of Defense and the Minister of Foreign Affairs. 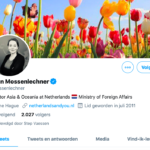 We are very disappointed in the way you deal with our criticism. You write that you appreciate our involvement. However, your refusal to respond to our substantive questions tells a different story. In two extensive letters we explained why the research project is not independent and we clarified the issue of conflicting interests. Yet your only reaction is: we do not respond to your objections because the research is independent. This is an insult to us, your answer is disrespectful and reinforces our feeling that we are not being taken seriously.

Moreover, this is not about personal involvement. The point is that the Dutch government, and society as a whole, does not recognize the injustice done to the Indonesian people for centuries. Although it is clear that this is about serious crimes against humanity, the colonial occupation is not treated as such by Dutch politicians, policymakers, judges and historians.

What you write about the budget, and NIOD’s explanation of it, is incorrect. No matter how you keep denying this, Minister Koenders’ letter from 2017 provides conclusive evidence that the project’s budget is based on the verification research of NIMH. It is stated very clearly: the role of NIMH in the K.U.K.B. court cases was put forth at the time as justification of the research budget. Rémy Limpach himself states in the preface of his book that the Ministry of Defense hired him in particular to assist the State as NIMH employee in the historical verification of Indonesian claims. [1] 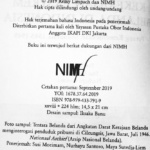 In addition, you refuse to answer our question about the Indonesian involvement. Which Indonesian universities and researchers are associated with the project? Why are their names unknown until today? Both KITLV director Gert Oostindie and NIOD director Frank van Vree are proudly telling the Dutch public that they work closely together with Indonesian historians and universities. If this is true then they must be able to provide names?

In short, your answer is not an answer for us. As a representative of a democratic constitutional state, we expect you to answer our questions seriously and comprehensively. It is impossible to keep hiding behind the argument that the research project is independent, since this is precisely our main point of criticism. The special focus of the study on Indonesian violence (which is called the “Bersiap”) is a result of political influence. Just read the arguments of our first open letter.

The investigation is not independent, the project is linked to the court cases.

By the way, your response has been translated into English via the Histori Bersama foundation, the Indonesian minister of Foreign Affairs has also been informed. We will also translate and distribute this letter.

We look forward to your response and request a meeting with the responsible minister. 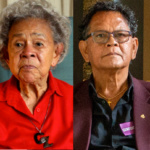